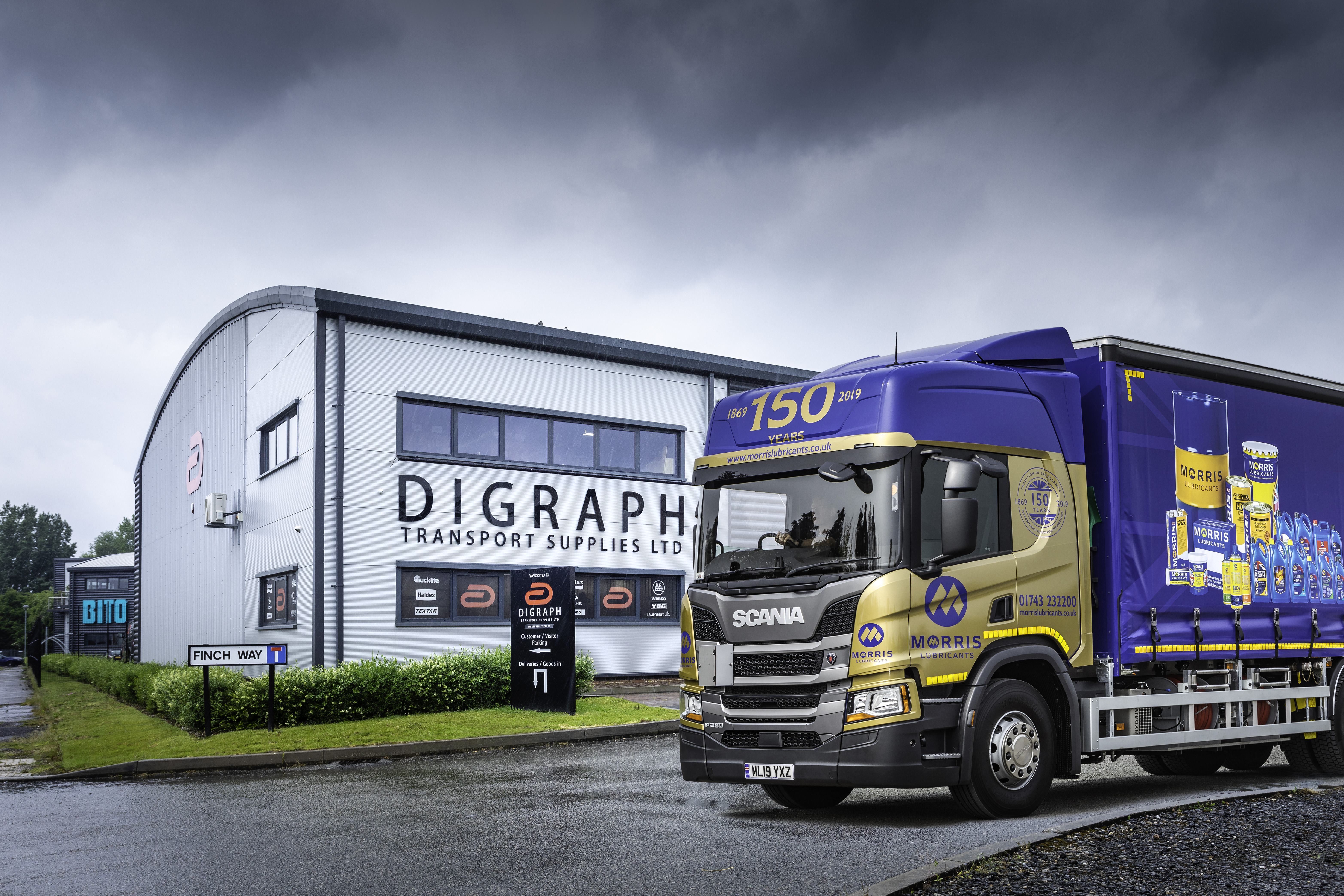 Two giants of the commercial vehicle world have come together again, working together on the road, and on the racetrack.

Morris Lubricants and Digraph have re-established their partnership, which will see the UK oil and lubricant specialist and commercial vehicle factor deepen their ties across product supply and sponsorship opportunities.

The partnership will see Morris Lubricants products re-introduced to Digraph customers, giving them access to the extensive range of oils, lubricants and additives that the commercial vehicle and truck markets demand, allowing them to take advantage of 150 years’ worth of expertise.

LKQ purchased Digraph in 2017, and the commercial vehicle factor has recently gone through a period of rebuilding and strengthening. Part of this process saw the return in March of former CEO James Rawson, who decided the best approach to ensure long-term business stability was to return to the strong supplier base it had before the takeover.

"Morris was always our chosen lubricants supplier, going back many years," says James. "It has always been seen as the premium brand for the commercial trade, and I believe it mirrors our company values.”

James was tasked with rebuilding the business and returning it to profitability and believes the future will be even stronger for Digraph. “Next year we will look to grow the business again, maybe some new acquisitions and branch openings,” he says.

One advantage the reformed partnership offers Digraph is the access to Morris Lubricant's brand ambassadors, particularly TV star and truck mechanic Guy Martin, who is equally enthusiastic about his work with the oil and lubricant business.

“It's a great company; I like their attention to details and the quality of the products,” says Guy. “I wouldn't be involved with them if it was a ten-pence job. Anything they do is proper. We're pushing things to the limit in some of our projects, and I wouldn't use anything second rate in those, that's why I use Morris oils.”

The re-emergence of the partnership has also allowed Morris Lubricants to bring truck racer Dave Jenkins on board as a brand ambassador. Dave races for Team Digraph in the British Truck Racing Association (BTRA) championship, and now sports the blue and yellow colour of the lubricants brand on his machine.

“I’m sponsored by Digraph, and now they are distributing Morris products, the company is once again backing me in the BTRA,” says Dave. “Myself, Digraph and Morris sit together nicely. I am a firm believer in being able to endorse a company’s products, and proud to do so for Morris Lubricants because I can see the quality. My 9-5 job is servicing and repairing cars and commercial vehicles; we only use their products in our business.”

The involvement in truck racing gives both Digraph and Morris Lubricants visibility in a series which is growing its fanbase year-on-year. From hospitality events featuring footfall of just 5,000 a few years ago, now the same sessions, held at Donnington Park, see up to 20,000 people attend, with the two companies welcoming many of its customers, and allowing each other access to new leads and opportunities.

It also allows both companies to test their products to the extreme, with the experience and confidence filtering down into sales to their customers. Essentially, we’re a company that sells parts for trucks, so the racing gives us great recognition for that,” says James. “As well as financial support, we supply many of the parts, especially braking systems. It’s a great environment to test things to destruction. If you can get the braking to work on something doing 100mph, it will work on the roads very well indeed.”

Morris Lubricants products are seen as a premium in the truck and commercial vehicle market, and the company takes great care in ensuring high standards are met, including releasing new oils and lubricants to meet demands of modern engines.

"To address the increasing level of biofuel used in heavy-duty diesel engines, new engine oil specifications have been released to help cope with its effects should it get down into the sump," says Automotive Product Manager Adrian Hill.

“This will help reduce inventories and eliminate the possibility of misapplication where newer engine designs require this latest level of protection.”

To further celebrate its 150th anniversary, Morris Lubricants has taken to the road with the launch of a new 'limited edition' truck. The Scania P280 is decked out in gold and blue anniversary livery and will be making deliveries to customers across the UK. The vehicle is also scheduled to appear at Digraph’s Nuneaton site allowing the two companies to celebrate the milestone.

When it comes to the re-established partnership, James is clear he could see the Digraph and Morris Lubricants working together for just as long. “I’d like to think that the two businesses can continue trading for many, many years,” he concludes. “Our previous relationship lasted around ten years, so I don’t see why our new one cannot last forever.